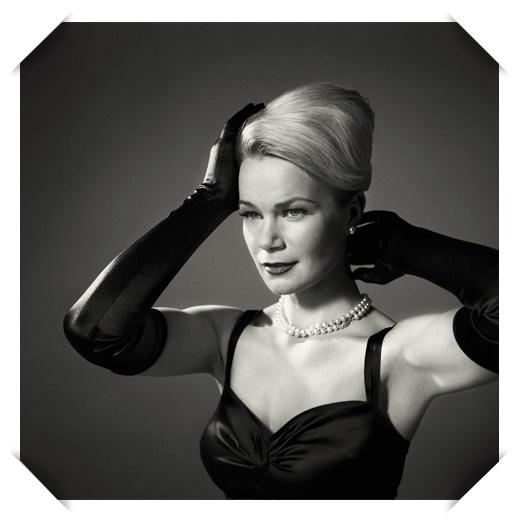 Jessica Pilnäs was singing right from the start. Her father played the piano in Sweden’s most popular and (still) longest running pop-bands ”Sven-Ingvars” and being brought up with music there was no surprise when she proved to have an extraordinary vocal talent. Already at the age of 16 she reached the third place in the Swedish qualifying round for the Eurovision Song Contest 1995. This was Sweden’s most popular tv-show and Jessica was immediately offered to sign an album deal but she rejected. This kind of pop was not her style and instead she went to study for two years at the famous jazz-school ”Fridhem” a place that has brought forward many of the young jazz musicians of Sweden.

At the age of 20 she went on tour as a band member of ”Robyn” an internationally renowned Swedish R&B artist. Her producing team recognized Jessica’s unique talent and immediately arranged for a record deal. Her first album ”Pretender” was released under the name of ”ISA”. The album made a great impact in Japan with more than 50.000 units sold and Jessica went on tour throughout the whole country during the year 2000. It was then, when she met guitarist Johan Norberg, who later became her husband.This kind of music career however, was still far away from her longing to sing jazz and at the end of the year, when she realized that this was more a life with promotion and singing playback than anything else, so she once again took a step back from the spotlights.

Waiting for the right opportunity to start a music project where she would be in charge and in control of her artistic profile, she took a timeout from the music business and embarked an new career, starting to study medicine at the most prestigious University in Sweden: The Nobel Prize institution ”Karolinska Institutet” . During the years of studying, Nils Landgren repeatedly tried to talk her into singing again and in 2003 they recorded a duet-version of the ABBA-song ”The Winner Takes It All” released on MAGIC NORDIC VOICES (ACT 9718-2).

During the years to come she continued her studies but also toured with the Swedish saxophonist ”Per Texas Johansson”, made guest appearances with Nils Landgren, as a lead vocalist with “Kid Creole and the Coconuts” and as a songwriter for Italian superstar Laura Pausini a.o. As one of the members of Nils Landgren’s ”Christmas with my friends” -project, (CHRISTMAS WITH MY FRIENDS II (ACT 9476-2) she has toured extensively throughout Germany and Sweden 2008-2009 and 2011.
In 2010, after having completing her medicine study, she’s back at the original ”plan A”. She assembled some of the recordings she made during the past seven years, recorded some new songs and finally released her jazz debut as a leader “Bitter and Sweet” (EMO 4001-2). An album of her own choice with her favorite musicians and best friends: Nils Landgren, bassist Dan Berglund, drummer Wolfgang Haffner, producer and guitarist Johan Norberg, saxophonist Jonas Knutsson, pianist Jesper Nordenström and drummer Jan Robertsson.

On August 31, 2012 Jessica Pilnäs releases her second album for the ACT label: „Norma Deloris Egstrom – A Tribute to Peggy Lee” (ACT 9724-2) is an homage to the great jazz singer / singersongwriter Peggy Lee. Being a big star in America but somewhat of a forgotten musical hero in Europe, Peggy Lee can without any doubt be named one of the most important singers of the 20th century alongside Ella Fitzgerald, Billie Holiday and Sarah Vaughan. Jessica Pilnäs’ interpretations of her songs, in subtle arrangements, accompanied by the excellent string quartet “Flesh Quartet” and an unusual musical lineup with vibraphone, bass and trumpet, without any drums or piano bring Peggy Lee’s classics to new life. With radical understatement, full of rhythmic subtleties and her love for the most inconspicuous nuances, Jessica Pilnäs creates a little masterpiece full of great moments.Also in 2012, Jessica Pilnäs is part of Nils Landgren’s “Christmas with my Friends III” (ACT 95272), which is released on October 26, followed by an extensive tour through concert halls and churches in December.www.actmusic.com